Our Church History | Our Patron

In the summer of 1919, Bishop Peter J. Muldoon realized that the growing Catholic population in the west end of Rockford could no loner be ignored. He called a group of laymen from the section of the city and laid before them his plan for the formation of a new parish. St. Patrick Parish had its beginning at this meeting held in the original St. Thomas High School.

Bishop Muldoon proceeded to purchase, at a cost of $13,500, four adjoining lots as a site for the new church, two on West State street and two on Royal Avenue. The house situated on the second lot from the corner facing West State Street became the priest’s rectory. Because of his generous donation of $1,000, James O’Brien was given the privilege of choosing a patron saint. He picked the name of St. Patrick to honor the memory of his father, Patrick O’Brien, one of the pioneer Catholics who traveled 14 miles every Sunday to attend Mass in Rockford.

Ground for the foundation of a new church was broken in May 1920. A building from Camp Grant was moved to the site of first St. Patrick Church; from the beginning this was intended to be a temporary church. The church was completed in November 1920, and Father Scollin said the first Mass within the new St. Patrick Church on November 14, 1920. Bishop Muldoon officiated at the solemn dedication of the church on the feast of St. Patrick March 17, 1921.
Almost immediately after his appointment as pastor in May of 1927, Father Francis J. Keenan (1927 – 1944) saw the need of a parochial school. A new school opened on February 4, 1929, with a gymnasium and eight classrooms, six of which were put to use that first year. One hundred and forty pupils were enrolled that day to be taught by a faculty of Dominican Sister from Sinsinawa Mound in Wisconsin.

Despite the hard times of the Depression, the parish continued to grow, and, with the determined efforts of the pastor and loyal parishioners, soon was able to take care of its financial obligations.

Father Laurence C. Prendergast (1944-1950) became pastor on October 19, 1944, and began the work of constructing a new church. Ten acres of ground were purchased for the new site on the northwest corner of School Street and North Johnston Avenue. Construction began on June 8, 1950.

On May 30, 1954, a parochial school was dedicated at the new site. It contained, in addition to eight classrooms, an assembly hall, office, infirmary, and music, boiler storage, mimeograph and four “multi-purpose” rooms. Before the building was used, it was evident that it would be inadequate, so rapid was the growth of the parish. A new convent was completed, large enough to house 22 sisters, before an addition to the school was begun. In the meantime, the school operated on a double shift, with the help of lay teachers.

Under the direction of Father John F. Regan (1957-1964), who was appointed pastor in December 1957, the eight-room school addition, which was started by Father McNally, was completed in the fall of 1958.

A new parish center was dedicated by Bishop Arthur J. O’Neill on November 25, 1990, during the pastorate of Father Michael J. Tierney (1982-1993). The center was in the former convent, which also housed the parish food pantry and clothes closet. Many volunteers helped keep the remodeling costs to a minimum.

After 66 years of schooling thousands of children, St. Patrick Schools, falling victim to higher costs and growing debt, closed on June 2, 1995. Father Ronald A. Jones (1994-1997) was pastor at the time of the closure.

St. Patrick Parish has held a Corned Beef and Cabbage Dinner every March for 74 years, serving more than 1,000 people annually.

Weekday / Semanal
Tuesday thru Friday at 8:00 AM 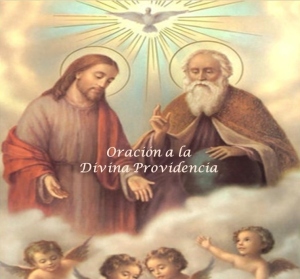